The evolution of urbanism in Romania since 1989

21st december 1989, 12h08, the communist regime of the romanian dictator Ncolae Ceaușescu is overthrown. Even though the huge urban constructions he had projected are still in progress, there is a new breath of fresh air on the cities. The implementation of a democratic political system and the opening to the market economy sound the end of an urban planified organisation by the central government and dictated by the massive and joint growth of industrial sector and of urbanisation. Romanian and foreign/stranger investors set in motion to conquer this new market soon integrated to the European Union. 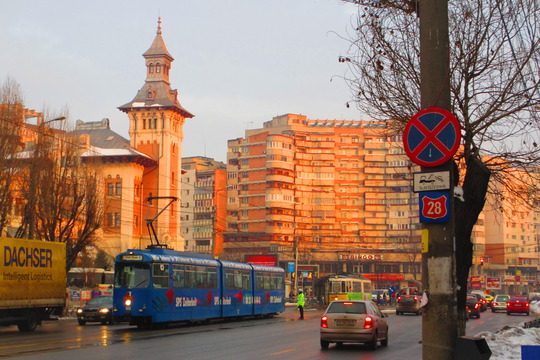 Around 25 years after, urban landscape and urban functioning are transformed. Civic centers, industrial areas and blocks of flats suffer the competition of malls, business centers and gated communities. At the same time that the romanian city-dwellers’ needs are evolving, the urban mutations have deeply changed the centers and the suburbs but above all the way of thinking and making the city in Romania.

In order to understand these processes, we explored three cities with about the same number of inhabitants, three regional capitals : Cluj-Napoca in Transylvania, Constanţa in Dobrogea and Iaşi in Moldavia. 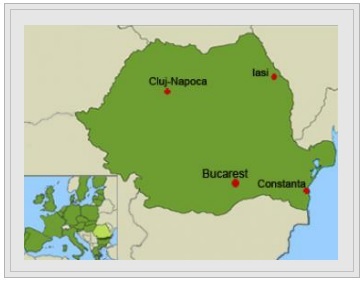 Built under the Austro-Hungarian empire, Cluj-Napoca is now bear on a west-european dynamic. Under Ottoman domination since 1878, Constanţabecame a big seaside resort and the first commercial harbour of the Black Sea. Old capital of the principality of Moldavia, Iaşi is a hotspot for religious tourism en Romania.

Cluj, Constanţa et Iaşi. A stadium, a casino, a mall. Three architectural contributions which are the symbol of the way local actors exert their power of making the city amongst conflict and negotiation. 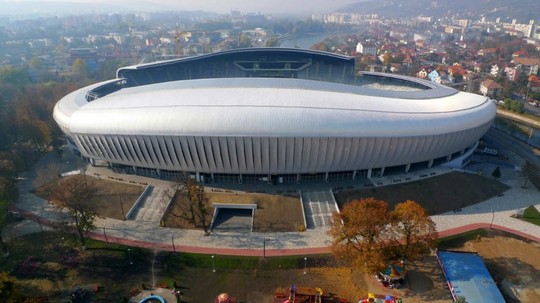 In Cluj, they seize the city centre. They make streets for the pedestrians. They renovate the historic buildings. They rearrange the central park. At the end of this park, instead of an old stadium, a famous architect built a new one which is awarded all over the world. 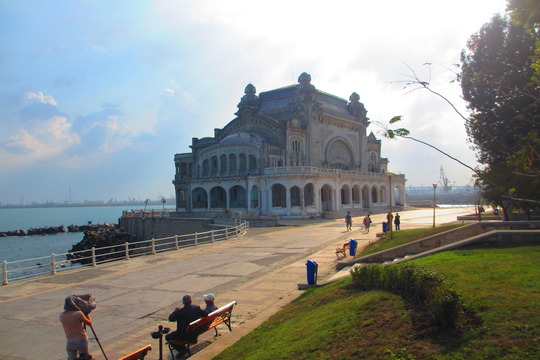 In Constanţa, they favour the attractive seaside resort. The peninsula, birthplace of the city, struggles to find its old sparkle again. The casino, pearl of the Art Nouveau style, built on the seafront, is gradually falling apart. It is being confronted to the authorities’ indecision. 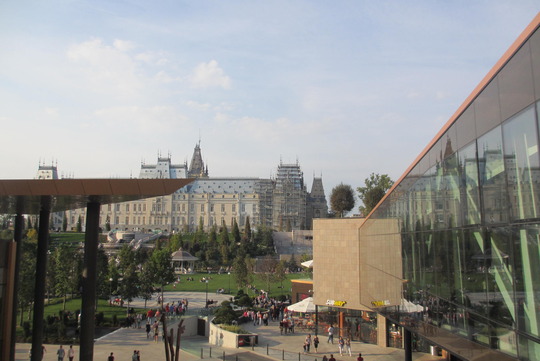 In Iasi, they swept away the water sports centre built during the commununist era in order to make the construction of a lifestyle center (mall new generation) possible by one of the biggest romanian investors, near the Palace of Culture, a Neo-Gothic building.

Marked by an urban history which is the pride of the inhabitants, Cluj, Constanţa et Iaşi are transformed since the 90s. Each of these cities follows its own urban model to redefine their own identity. This is what we want to share with you in our documentary-movie: « ŞANTIER ÎN LUCRU – Les villes d’après » ! 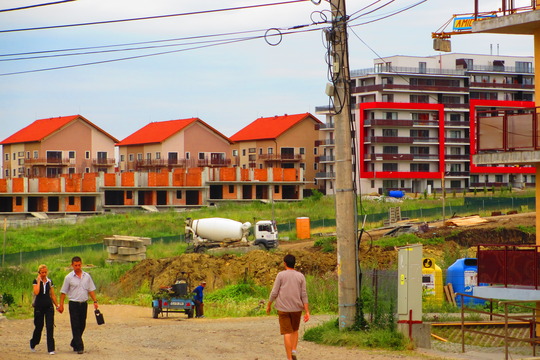 In « ŞANTIER ÎN LUCRU – Les villes d’après », you will discover the richness of the architectural heritage in the romanian city centres, the subtle beauty of the socialist areas and the witnesses of the dynamism and of the urban renewal. You will discover the machineries which threaten ecological, social and urban balance. You will see how the new generation, post-communist, gather to promote another way of thinking about the city and is becoming step by step an opposing force to the political and economical leaders – who have been in place for 25 years –

Dynamic and poetic, enhanced by an electro soundtrack composed with traditional romanian beats, this movie will make you (re)discover Romania’s unique face so often underminded.

The heroes of our documentary are architects, town-planners, researchers, politicians, businessmen, and associative activists. Above all they are fond of the city, their city. About thirty of them gave us their experience and explained to us how they imagine and build the city.

In view of of their biggest architectural or urbanistic project, in their office, in a pub, they made us discover their city; its strengths, its weaknesses and how, at their level, they try to shake things up in order to make the city the way they imagine it. 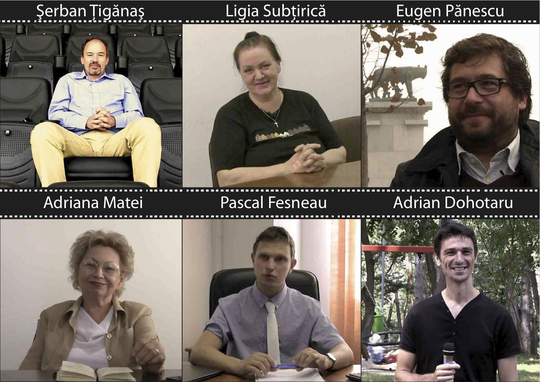 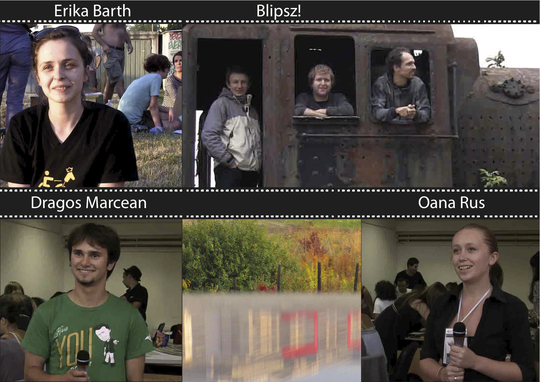 Portraits of the interviews in Cluj-Napoca 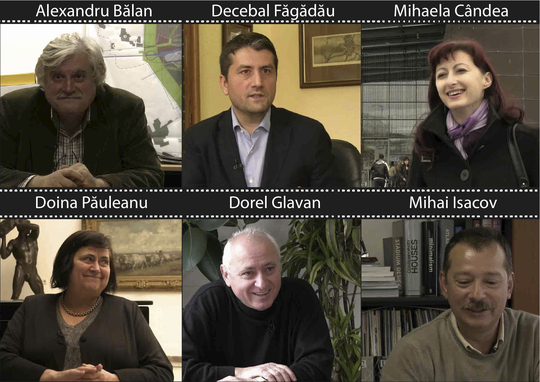 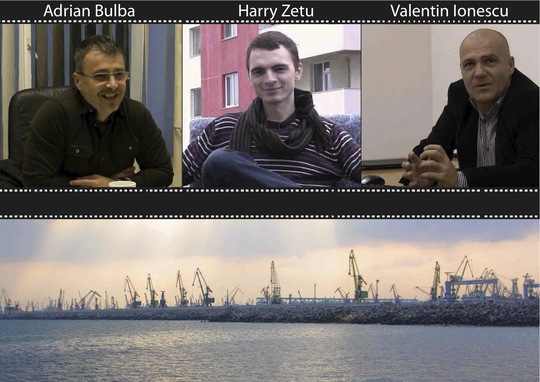 Portraits of the interviews in Consţanta 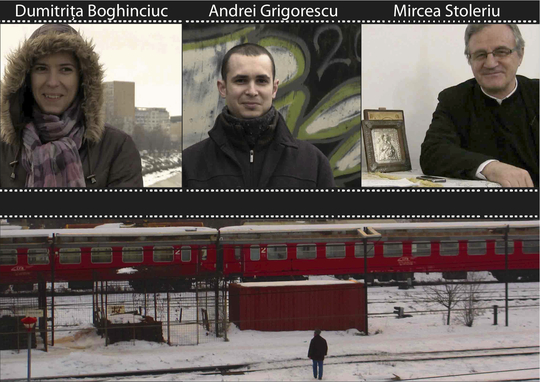 Portraits of the interviews in Iași

In order to illustrate their speech, from sunrise to sunset and sometimes even late into the night, from july to march, we walked through the streets of Cluj, Constanţa and Iași in search of beautiful images. In the street, on the roofs, in the lifts, by car, we looked for the best camera angles to represent Romania’s everyday atmospheres punctuated with big cultural, civic and political events.

This first part of the project, in Romania, was co-funded. 15% of the amount was funded by the Regional Council of Aquitaine and by some of our local cities – Amfréville and Castillon-en-Auge.

With a budget of 17.000 euros, we purchased some audio-visual equipment required to shoot and to go all over the country for one year. In a context where identity is a strength and uprooting a daily grind, we put onto film what romanian people aspire their city to become.

For the next step of the project, we are sourronded by a team of skilled workers including the interpreter Mirela Sofronea and the film-maker Samir Benchikh.

In partnership with the Ordinul Arhitectilor din Romania, the Instituts Culturels Français and the association Gironde-Roumanie, the movie will be broadcasted in France and in Romania. At the same time, it will be presented at some film festivals and later on it will be available in free access on the web.

Sindy Quéré, Guillaume Lebon and Bénédicte Vacquerel. Three friends who met at university. Geographers, town-planners, we graduated from the Universities of Caen, Bordeaux 3 and from the Institut d’Urbanisme de Paris. Two years ago, nothing held us back in France, as urbanophiles fond of Eastern Europe, we decided to make this movie.

Our adventure began in November 2011. We created our association « Urban Balkan Project ». We dedicated the following months to making contacts, implementing the project, acquiring some funds and some equipment and we learnt romanian. In spring 2012 we left France for Romania for one year.

A Road-trip of around 2.800 kilometres during which we remained 4 months in each city explored.

Our underlying theme: understand what the urban specificities are in Cluj, Constanţa and Iași and how to show that with the camera.

In each field of study, the same way of investigation was used: a preliminary exploration of the history and of the culture of the city, an urban reading of its main dynamics then a couple of interviews with the main players who « make the city ». 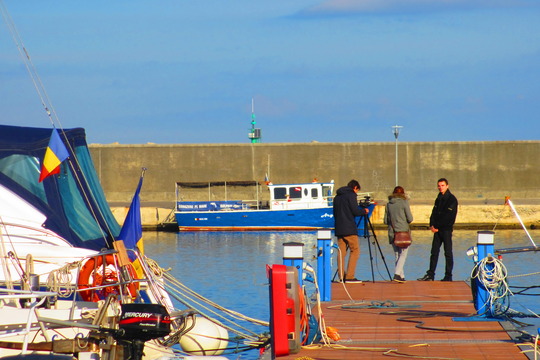 Shooting in the marina – Constanţa, november 2012

Now we are beginning the second stage of the project. The release of « ŞANTIER ÎN LUCRU – Les villes d’après » is expected in october 2013. If you have been with us since our first tribulations or if you who have just discovered us today, we need you now to co-fund the editing of our documentary-movie. Please support us!

translation and subtitling of the interviews : 300 euros

If the fund-raising exceeds this sum, we will be very thankful! It will enable us to pay a part of the expenses linked to the broadcasting and promotion of the documentary film in France and in Romania, especially for transportation or registrations to festivals !

To keep in touch: urbanbalkanproject@gmail.com